In 2015, A’Ziah “Zola” King took Twitter users on an epic roadtrip adventure full of strip clubs, pimping,violence, kidnapping and sex trafficking. Then-19-year-old Zola’s endearing wit and strong storytelling abilities made the dark tale relatable and even downright funny. Zola’s viral tweets (all 148 of them) were all over every social media platform and in mainstream news outlets.

BET.com chatted with Paige about how she prepared for the pole dancing scenes, what it was like working with a Black woman director and how she plans to rack up more production credits.

RELATED: BET Awards 2021: Celebs Who Took A Parent As Their Plus One

BET.com: You are a professionally trained dancer with prestigious international and domestic tutelage (Ms. Debbie Allen is among your teachers). Zola, however, does pole work. Did you do all those scenes yourself and if so, was that skill already in your repertoire?

Taylour Paige: Oh, no! I had to train. I worked at a strip club called Crazy Girls on Sunset and La Brea for four weeks. I was kind of undercover there. Then I worked with Yung Pole Master Miles and then production found a pole instructor for me in Tampa, and I did a few private sessions with her. It’s not easy, I have mad respect. I don’t even scratch the surface of what these people can do. Of course, I took the discipline of technicality of my dance background, but most of my job with Zola was undoing all of that.

BET.com: This role definitely seemed to require a 15 on a body confidence scale of one to 10! Lots of close-ups with very little clothing. Were you concerned with getting everything right or did you feel confident heading into it?

Taylour Paige: I definitely had my thoughts like ‘Oh, can I do this?’ I just wanted to make sure that I really looked like a stripper. It was more of a mentality thing. I’ve gone through most of my life pretty self-conscious. Dancing doesn’t make you more secure or happy with your body, it just makes you more aware of it. This just was like the start of me giving myself permission to bloom and be in touch with my sexuality and not apologize.

BET.com:  What do you think you have in common with Zola?

Taylour Paige: I think it’s her spirit, her tenacity, her values, her words. I feel like she’s taught me so much. I’m so much more assertive and stand up for myself, but I think overall, probably her compassion and her ability to take her trauma and make it funny. I identify with that.

BET.com: Since Zola is very much a real person, did you speak to her in preparation for this role?

Taylour Paige: We talked a lot! I reached out to her when I found out I was going in the room for it because I wanted her blessing. She was like, ‘You’re so me it hurts and I’m not gonna take no for an answer and they have to listen to me. It must be right.’ And so yeah, we were kind of going through some big wild things at the time like her car broke down and my car broke down. She’d been waiting for her movie to be made and I was waiting for work. It just all came together.

BET.com: In recent years, Black actors have been more vocal about uncomfortable situations on set when it comes to hair and not having the right resources. For a movie about a stripper from Detroit, you HAD to get it right. Did you have to add in your own ideas for Zola’s final look?

Taylour Paige: No, Janizca was really specific about what she wanted and was really clear about it. I just trusted her vision. Having a Black woman director, there’s a certain kind of nurturing there and understanding of your needs or your edges or your skin. There’s a different kind of care and consideration.

BET.com: You’re taking your talents from in front of the camera to behind the scenes for an upcoming project called Sharp Stick. Is it important for you to develop that executive producer muscle?

Taylour Paige: Yeah, I would love to. As long as the collaboration feels right; the spirits, you know, it’s a soul thing. I’m feeling my way through it. 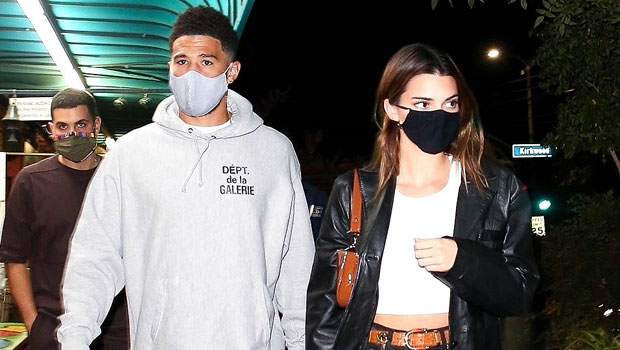 Lil Jon To Star In His Own Home Renovation Show