Ahead of releasing his stellar new album and livestream event, Dee Snider reflects on the next generation of metal fans, the ‘positivity’ behind ‘Leave A Scar,’ and more.

The kids are turning to punk, metal, and rock – and Dee Snider knows why. “I think Gen Z may not be getting what they need from pop music,” he tells HollywoodLife while speaking about his new album, Leave A Scar. A phenomenal collection of high-octane, headbangin’ tracks, Leave A Scar will appeal to veteran fans in well-worn battle vests and the fresh followers who know how to make a perfect TikTok to “Reign In Blood.” Dee’s album — out this Friday (July 30) — arrives at a time when these harder sounds are bleeding back into the mainstream. Two days before Leave A Scar’s release, a punk-powered song sits firmly at the No. 2 position on the Billboard Top 100, and Mötley Crüe is on the chart (albeit via Post Malone’s song named after the metal band).

Even Ed Sheeran and St. Vincent have both said that they wanted to make metal albums. Yes, hip-hop and highly choreographed pop haven’t nor will they ever go away, but GenZ is using metal and rock to carve out its own identity. “I’m a punk fan as well,” says Dee, “and I think that reflects in ‘We’re Not Gonna Take It’ – it’s a huge punk anthem. Green Day used to play it every night for years, and so did so many other bands. That song just spoke to them, and it was designed that way. I think that maybe that voice of anger, frustration, depression, sorrow, all those dark emotions, maybe it’s just not there in other the music. And it’s certainly still there in metal. You still got that anger.”

“When metal went soft and whiny in the late 80s, it became ‘happy metal,’” says Dee. He sings a line from a famous Whitesnake song – “Here I go again, on my own” – before adding, “and I love that song, but still–Sebastian Bach said ‘Metal doesn’t have smiles. Metal doesn’t have big white teeth. Metal snarls.’ And then came the 90s and the 2000s, and with the whining and complaining, people gravitated towards hip-hop, especially gangsta hip-hop – because it had that anger and that release for darker emotions. And I understood why a lot of metal fans moved over because they weren’t getting what they needed.”

If a fan needs a dozen tracks of pure power metal that marries Dee’s soaring vocals with hard-hitting, shred-heavy metal glee, look no further than Leave A Scar. The new album follows 2018’s For The Love Of Metal and reunites Dee with Hatebreed frontman Jamey Jasta, who produced both For The Love and this latest entry in Dee’s discography. To commemorate the release of the album, Dee announced a streaming event for Thursday, July 29. All ticket buyers will gain access to the concert stream on the 29th, as well as on-demand access to any and all content from the event for a 30-day period. The concert stream features content from Dee performing in New York on June 12 – all info can be found on www.metaldepartment.tv.

The stream will give fans a chance to sample Leave A Scar before it arrives on streaming platforms. It’s an album that will (fittingly) leave its mark on metal fans. There are solos coming out of the pits of guitar Valhalla, vocals that echo inside your soul after the song is over, and pounding drums that will leave any headbanger’s neck sore – and wanting more. Add a guest appearance by  Cannibal Corpse’s George “Corpsegrinder” Fisher, and there’s something for every metal fan on this album.

Dee points to track three, “Down But Never Out.” “The song is not called ‘Down,” he notes. “It’s called, but never out. And yeah, — we got our asses kicked during COVID –bad. Some people’s lives were f-cking destroyed, but we will not be beaten. So I threw the whole record — even though I’m reflecting and I get pretty intense about it — I am trying to lift people up and elevate them.”

This “elevation” is within the album’s title. “When I was a kid, I spray painted my name on a building. Yes. I know– that’s illegal, but I did it. I went back the next week, and they had painted over it. I left my mark, and they painted over it. That same year, I carved my name in a tree. 55 years later, I went back to my school, and I saw the tree, and my name is still there. That’s a scar. That’s the difference. And that resonated in my head. When I was writing the song, ‘Stand,’ that line that’s where it comes from. Don’t leave your mark. Leave a scar.” 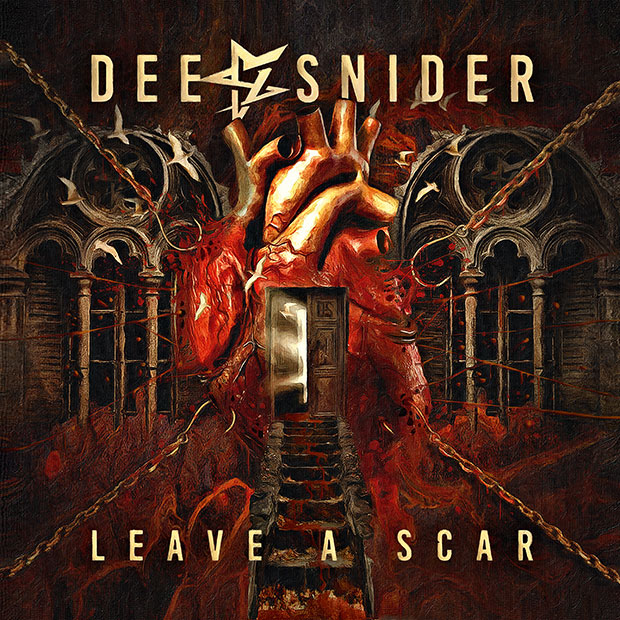 There was a time when Dee wasn’t going to leave any more marks or scars. After decades in the business, Dee had given up on making music until Jamey Jasta, one of the most-respected voices in hardcore and metal, challenged Dee to make a modern metal record. ” “I challenge you.’ Those are the exact words,” says Dee. The result was For The Love Of Metal, which earned praise from metal publications and fans alike. After showing he can hang with the modern crowd, Dee thought he had nothing else to add – until 2020 hit.

“During the middle of the COVID crisis, I found myself feeling, ‘I wanted to say something,’” shares Snider. “And I first turned to social media because it’s a very immediate place where you can motivate people to speak out. We’re hearing — the loudest voices in the room are these extreme minorities on either side. They sit there with a hundred thousand followers on their Facebook group, and they think that they’re an army. Dude, there are 7 billion people on the earth. You’re not an army. You’re a freaking parade.”

Dee wanted to encourage the vast majority of people to “to push back, speak out and say, ‘Hey, we’re going to be heard as well. We are the 70% of the world that the centrists who lean left, lean right, but still generally try to be rational and figure it out.’”

“And someone I wrote back said, ‘Dee, we don’t all have a platform or the voice to speak out the way you do, what are we supposed to do?’ And I said, ‘Well, get behind someone who’s speaking up.” I realized, — oh, that’s me. I’m that guy. I’m that person. And I looked at my life, and I said, I’m Mr. ‘We’re Not Going To Take It.’ So I said, ‘all right, I need to write those songs. Those ‘We’re Not Gonna Take It’s.’ I need to speak for those who can’t speak and give them a person or a voice that they can stand behind and go, ‘Yes, this speaks for me.’”

“Come mid-2020, with COVID raging and the world seeming to come apart at the seams — not just here. I noticed that what’s going on in countries all over the world is extremist authoritarian, regimes of different types coming in, and different countrymen are just facing off against each other. And I started to find myself feeling like I needed to say something,” adds Snider.

Leave A Scar incorporates themes of personal responsibility (“Crying For Your Life,” “All Or Nothing More”),  knowing you can conquer the challenges life throws you (“Down But Never Out,” “Stand”), and the aforementioned positivity. It’s heavy, it’s fun, it’s fast, it’s brutal, and it’s a perfect album for the now: with pent-up frustration and a year without live music, Leave A Scar promises to give fans the release they’ve needed for a while now.

“There was a study done and a few years back where they found that headbangers grow up to be better-adjusted adults than non-metal fans,” says Snider. “Psychology Today called me and asked me, did I know ‘why,’ and I said, ‘absolutely!’ Because these emotions need to be released. These dark emotions that we all have, they need to go somewhere. And metal fans, we release it through the music, they release it to the concert experience.” 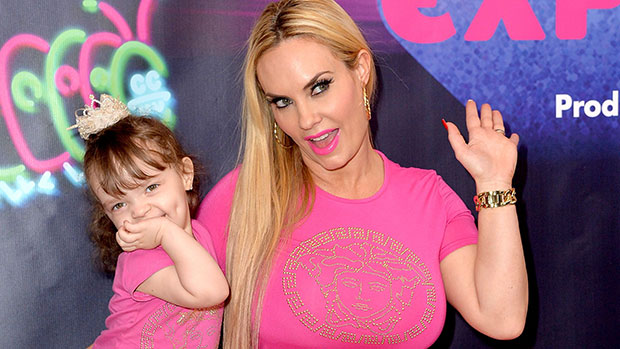