He’s the greatest eater in the history of mankind. Joey Chestnut won the Nathan’s 2021 Hot Dog Eating Contest by downing a whopping 76 hot dogs — breaking his own record.

Who is Joey “Jaws” Chestnut? He’s the most famous hot dog eater in the world! The 37-year-old left fans across the world completely speechless when he downed a record 76 hot dogs in 10 minutes at Nathan’s 2021 held at Maimonides Park on Coney Island. He beat his own record, which was set in 2020: last year, he downed 75 ‘dogs in the same time frame (10 minutes) — earning his 14th Mustard Belt.

In the middle of high takes competition, Joey started going viral for something other than hot dogs: ESPN, who had the broadcast rights, had some technical difficulties! Fans took to Twitter to bemoan the cut-out feed, desperately trying to figure out of Joey was winning or one of the other competitors! It turns out Joey is the undisputed hot dog king, as the runner-up Geoffrey Esper consumed just 50 franks. Womp womp!

This entrance from Joey Chestnut is wildly incredible 😂 pic.twitter.com/WWG2Dl94kd

Joey is truly unmatched when it comes to hot dog eating contests. Surprisingly the event still took place this year amid the worldwide Coronavirus pandemic while many other related ones were canceled or pushed back to a later date.

This isn’t his first contest win

Joey won his very first Nathan’s Hot Dog Eating Contest in 2007, defeating champion Takeru Kobayashi. He won every year until he was beaten by Matt Stonie in 2015. Since that one shocking loss to Matt, Joey has yet to be beaten again in the annual hot dog eating contest on July 4. Joey has become the face of eating contests.

And the ̶w̶e̶i̶n̶e̶r̶ winner is… Joey Chestnut! 🌭

He takes the Nathan’s Famous Fourth of July Hot Dog-Eating Contest for the 14th time, eating a world-record 76 hot dogs!!! 🤯

He has no plans to retire

“I know eventually I will give it up for one reason or another,” Joey told HollywoodLife EXCLUSIVELY. “Either if I have a family eventually. If I want to live a more normal life and can’t travel as much or if ever my health changes or if I have a health issue that would be a reason. But I would love… I mean these past three years I have been trying to eat healthier and running more and I hope I can continue that trend so I could prolong this as long as I can because I have had a normal job and I have had to answer to bosses and have had nasty emails and checked schedules and changed orders and I mean I could go back to all of that!”

He’s open to his kids following in this footsteps

When asked whether or not he’ll train his kids in competitive eating, Joey told HollywoodLife: “I don’t know about training them but I would tell them to do whatever makes them happy and I chose a degree I wanted to do and a company I wanted to work for and it made me happy and then it grew into something I would have never imagined so I think do whatever makes you happy. Always try new things and never close any doors.”

He once proposed to an ex at the competition

Right before winning the Nathan’s 2014 Hot Dog Eating Contest, Joey proposed to his longtime girlfriend. Sadly, they split in early 2015. 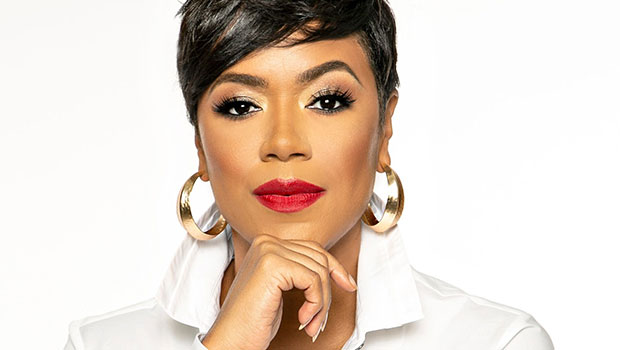