For a city as opulent as San Francisco, it’s long been jarring to see the extreme poverty of those experiencing homelessness on its streets. Walking around downtown, tents, makeshift cardboard beds, and human excrement litter the sidewalks. Impoverished people lie on the ground as a blur of highly paid professionals whizzes by. In 2018, a UN official came to San Francisco on a world tour examining housing conditions. She was shocked by what she saw. Her official report concluded the city’s treatment of unhoused people “constitutes cruel and inhuman treatment and is a violation of multiple human rights, including rights to life, housing, health, water, and sanitation.” The number of homeless San Franciscans has only grown since then, to more than 8,000 people, most of whom sleep on the streets, not in shelters.

San Francisco is pretty typical of major American cities these days, especially on the West Coast. Tent cities filled with poverty-stricken people have sprouted up from San Diego to Seattle. As of January 2020, California alone had about 151,000 inhabitants experiencing homelessness. There are many contributors to the problem. The horrors of childhood trauma and poverty, mental illness, and chronic drug abuse surely add to the likelihood that someone lives on the streets. But Nan Roman, the president of the National Alliance to End Homelessness, says the primary cause of the crisis is simple: housing has gotten way too scarce and expensive.

Data backs her up. A few years ago, a team of economists at Zillow found that once cities cross a threshold where the typical resident must spend more than a third of their income on housing, homelessness begins to spike rapidly. When incomes don’t keep pace with the cost of rent, a cascade effect ripples through the housing market: high-income folks start renting places that middle-income folks used to rent, middle-income people start renting places that low-income folks used to rent, and low-income folks are left scrambling.

“It’s sort of a game of musical chairs,” Roman says. “And people who have a strike against them — because they have mental illness or a substance abuse disorder or a disability — are the least likely to get the chair.”

[Editor’s note: This is an excerpt of Planet Money‘s newsletter. You can sign up here]

Homelessness wasn’t always this bad. “In the 1970s, there was an adequate supply of affordable units for every low-income household that needed one — and we really didn’t have homelessness,” Roman says.

By the 1980s, homelessness emerged as a chronic issue. There were many factors, including the federal government deciding to slash the budget for affordable housing. By then the California state government had significantly cut taxes and gutted social programs, including for state-funded mental institutions, resulting in thousands of people with mental illnesses and other difficulties struggling to make it on their own.

Yet the core reason for the crisis boils down to supply and demand for housing. As regions like the San Francisco Bay Area became magnets for highly paid professionals in the computer-driven economy, they failed to build enough new units to keep up with demand. A 2016 study by McKinsey Global Institute estimated that California needs 3.5 million new housing units by 2025 to deal with its chronic housing shortage. However, new housing construction has only slowed since then, despite Governor Gavin Newsom’s campaign promise to lead an effort to produce those 3.5 million units. Even before the pandemic wrought havoc on the construction business, California was constructing only about 100,000 new homes per year, way below the minimum 180,000 per year that analysts say the state desperately needs.

As Conor Dougherty documents in his illuminating new book, Golden Gates, the politics of building new housing in California is a mess. Homeowners fear new high rises will blight neighborhoods and damage their home values. Existing renters fear development will cause more gentrification and displace them. Zoning and various regulations make it hard to build new housing.

Many advocates say California needs some kind of new rent control program, but the city of San Francisco passed a rent control law back in 1994, which helped keep existing renters from getting displaced — but only exacerbated the deeper problem of rental scarcity. The 1994 law convinced a large number of San Francisco landlords to take their rentals off the market by doing things like selling their units as condos or bulldozing them and building new ones because the law didn’t apply to new construction. Research finds that the rent control law resulted in a 25% decline in the supply of rentals in the city — during a time when demand was surging.

The result of all this is obscenely high rents and property prices. Combined with stagnating wages for huge swathes of low-income jobs and a lack of political will for spending substantially more on subsidized housing, it’s easy to see why a large population of people has been doubling up, living with their parents, moving to the city’s increasingly expensive outskirts, and being pushed out onto the streets.

Booming cities in other states have arguably done a better job than San Francisco and Los Angeles by at least providing a bandaid for the gushing wound. New York City, for example, has a “right to shelter” and a sprawling shelter system that helps people sleep indoors every night. NYC has a rate of homelessness similar to SF and LA, but it has a different character. As of January 2020, 72% of homeless Californians were unsheltered. Compare that to New York state, where only 5% are unsheltered. The result is a city where homelessness, while still troubling, is also less in-your-face. Warmer weather on the West Coast, which may alter thinking about the cruelty of allowing people to sleep outdoors, could play a role in the difference, but New York has a “right to shelter” because of a 1979 court decision that interpreted the state constitution to give New Yorkers this right.

Instead of building a big system of shelters, California’s cities have taken a more lackadaisical approach that the UC San Diego sociologist Neil Gong calls “tolerant containment” — basically shoeing the unhoused to certain neighborhoods of squalor, like San Francisco’s Tenderloin or Los Angeles’s Skid Row, and then selectively prosecuting them for living on the streets. Gong calls this approach “a Frankenstein’s monster created by mating civil libertarianism with austerity.”

Tristia Bauman, a senior attorney at the National Homelessness Law Center, says California cities have historically been just as vigorous as other cities in forcibly removing encampments and penalizing people for homelessness. In 2018, however, the Ninth Circuit Court of Appeals held that the Eighth Amendment’s cruel and unusual punishment clause prohibited cities from penalizing people for sleeping outside when they lack access to indoor shelter or long-term housing. Following that ruling, and in line with CDC guidance advising increased permissiveness during the pandemic, some say West Coast cities, lacking adequate shelter facilities, have increasingly allowed homeless encampments.

Last year, Californians of all political stripes ranked homelessness as the biggest single issue they wanted the state to tackle. With a political groundswell, legal interventions, and the Biden Administration providing billions of federal dollars for the cause, California politicians are finally trying to do something big to help people who are unhoused and housing insecure.

Governor Gavin Newsom recently announced a $12 billion plan promising to “provide 65,000 people with housing placements, more than 300,000 people with housing stability and create 46,000 new housing units.” The initiative builds on programs implemented during the pandemic that converted hotels and other buildings into housing for the unhoused. San Francisco mayor London Breed, following up on a city ballot initiative that authorized taxing big companies and using the funds to help the homeless, wants the city to spend more than a billion on the problem over the next two years.

These programs will hopefully go a long way towards addressing the problem. But as long as California fails to address the root cause — a chronic shortage of affordable housing and an ongoing failure to significantly ramp up new construction — the state seems doomed to grapple with obscene levels of homelessness.

Did you enjoy this newsletter segment? Well, it looks even better in your inbox! You can sign up here. 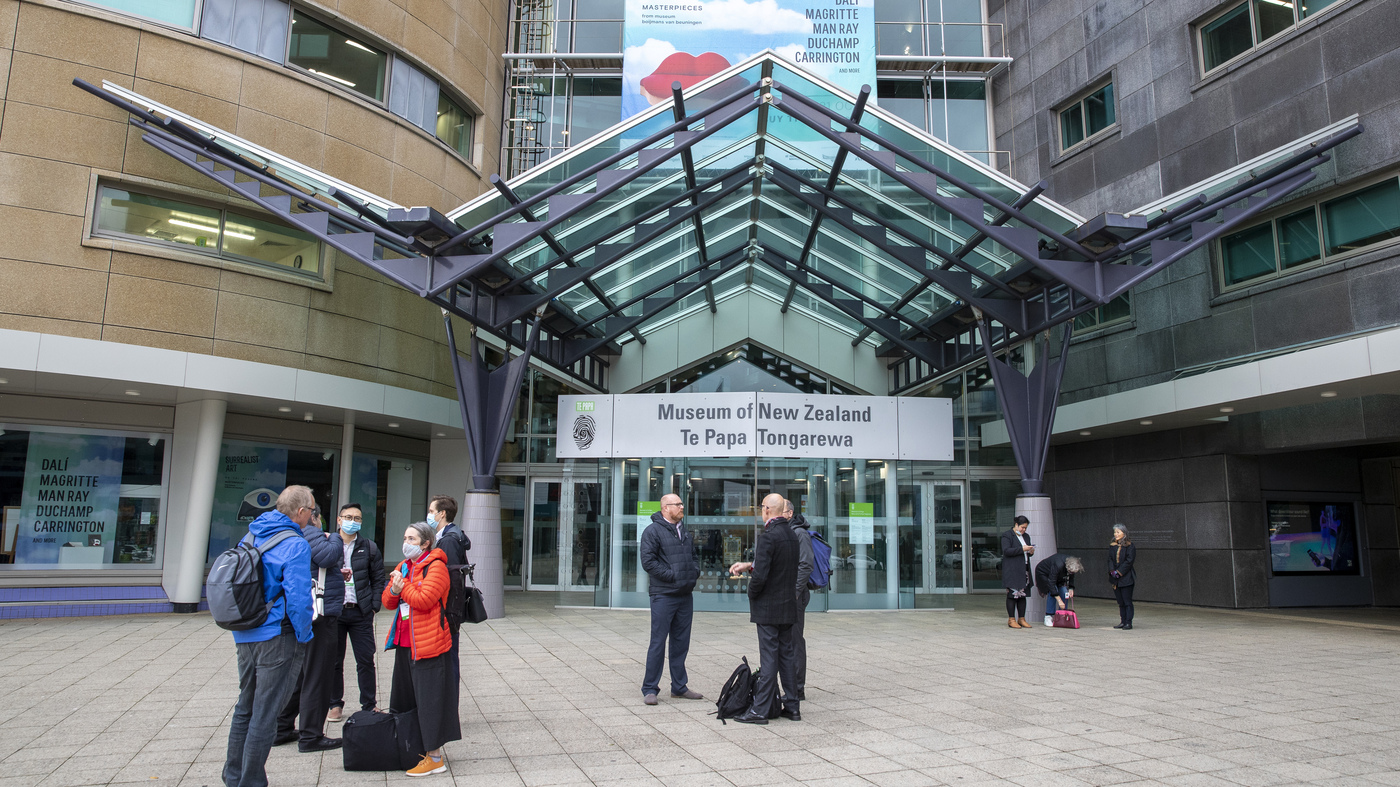 New Zealand Is On Edge After An Australian Traveler Tests Positive 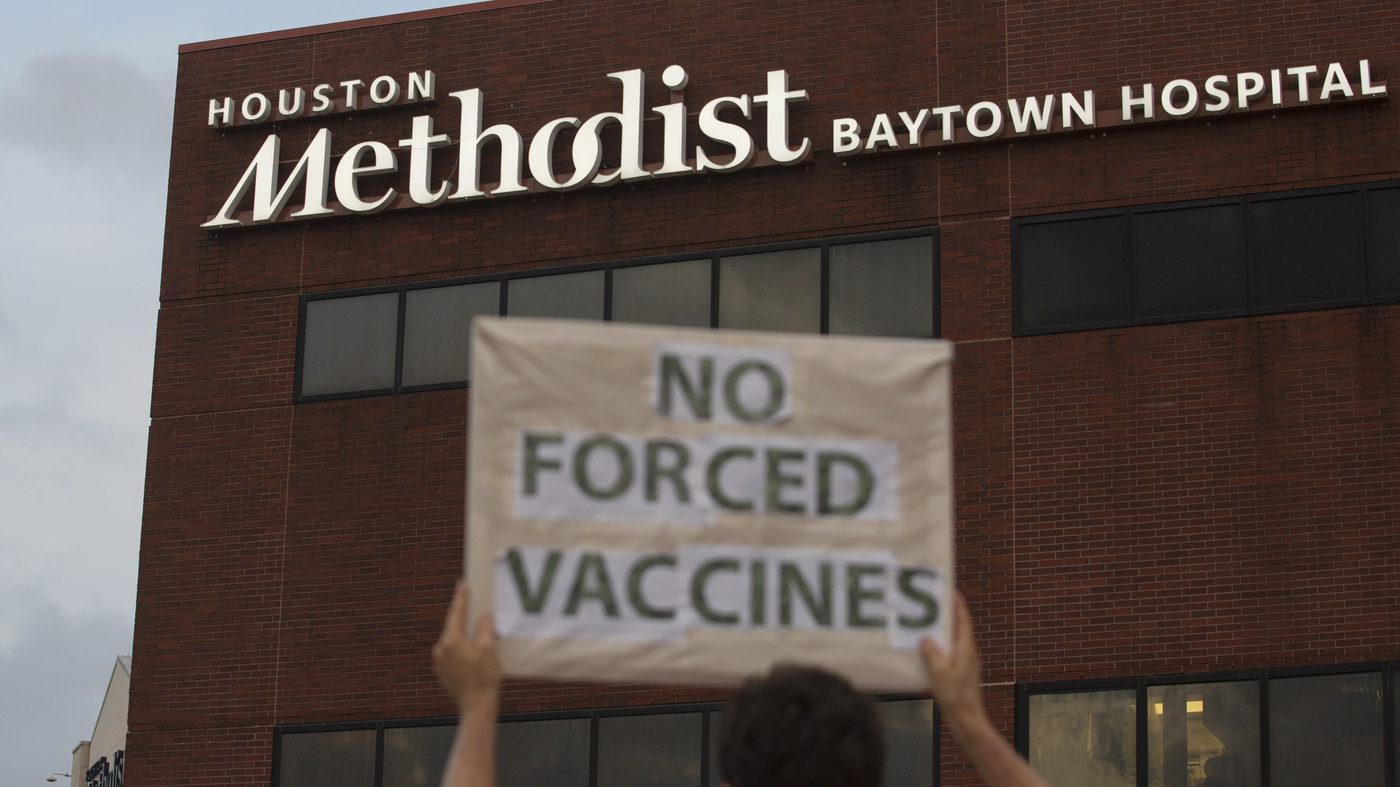 Soon, neither the US nor China will have ambassadors in each other’s capitals. Will it make a difference?
25 mins ago

‘Cannes Uncut’ Documentary to Film During Upcoming Festival
35 mins ago