Sentimentality has no place in the NBA. What is happening with Damian Lillard and the Portland Trail Blazers, regardless of the way we’ve all come to romanticize that all-but-extinct relationship between a small market and its loyal star, has officially escalated to the same point other franchises have reached with their disenchanted stars.

Lillard has reached his “fight the good fight” limit. Eventually, they all do. The only other current superstar who has remained as loyal to a single franchise for as long as Lillard is Stephen Curry, and he has three championships to show for it. Lillard, deservedly, just wants a realistic shot at one. The Blazers, as currently constructed, can’t give him that.

So we can talk about how we got here or who’s to blame until we’re blue in the face, but in the end, it doesn’t matter. We’re here, and it’s a business from here on out. The Blazers are either going to get significantly better, or they’re going to lose Lillard. And being that they don’t have any cap space, nor any future draft picks or young players that move anyone’s needle, there is only one way to take one last run with Lillard on board: Trade CJ McCollum.

I have lobbied for a McCollum/Ben Simmons swap. It satisfies what both equally desperate teams need. The Blazers get defense and a playmaking roller who can punish the trapping defenses that Lillard commands. The Sixers get their half-court creator next to Joel Embiid, who before long is going to become the next single-franchise star to stop banging his head against the wall and demand out.

Short of something like that, the Blazers can only make moves around the margins. And that’s not going to cut it. Not in this Western Conference, which is about as easy to get through as a wood chipper. So it’s time to start planning for life after Lillard. Olshey, if he’s still the man in charge when the time comes, will have plenty of options for Lillard, who is a tier-1 superstar in his prime locked up for the next four years. But I would argue one is better than all the others.

This, of course, is assuming the Warriors would empty the cupboard to get Lillard. I don’t know if they would. Perhaps they would be fearful of defensive issues pairing Curry and Lillard with a potentially diminished Klay Thompson. There are a lot of ways they could put their two 2021 lottery picks, future picks and 2020 No. 2 overall pick James Wiseman together in search of their own championship-level upgrade(s).

But if the Warriors weren’t able to deny the intrigue of a Curry/Lillard/Thompson flame-throwing trio, and they indeed offered the No. 7 and No. 14 pick in this year’s draft, Wiseman, a future first-rounder or two and Andrew Wiggins to make the money work, it would be exceedingly difficult for Portland to find a better package to kickstart its rebuild.

You might be asking: What if the Blazers don’t want to rebuild? What if they want to stay competitive? That would be crazy. If they lose Lillard, this run is over. Olshey is stubborn, but he’s not that stubborn. Tearing it down is the play, and where are you going to acquire, essentially, three lottery picks over a two-year span (Wiseman is essentially a fresh pick; his 39-game rookie year, on the back of a three-game college career, have revealed nothing more than potential, same as any rookie).

There have been reports that Lillard has the Warriors on his list of preferred destinations. They might not be at the top. Who knows if he would ultimately want to play second fiddle to Curry. The Knicks and 76ers have been floated. We’ve talked about the Sixers. If the Blazers want Simmons, it should be for McCollum. If they get Simmons to replace Lillard, they’re just a worse team with the same challenges for getting better.

The Knicks could include R.J. Barrett and picks, and they would have the cap space to absorb some or all of Lillard’s contract, which would give the Blazers a huge trade exception. But what are they going to use that trade exception on over the next year that starts the rebuild?

And if Barrett is in the deal, short of the Knicks landing a second superstar to play alongside Lillard (which would consume their cap space and thus their ability to absorb Lillard’s deal and send the exception back to Portland), how would Lillard see the Knicks as a title contender with Julius Randle and a bunch of spare parts? Oklahoma City and Houston have a million draft picks, but why would they trade all their capital just to have Lillard as a lone star on a worse team than he has in Portland?

The Nuggets are somewhat interesting. Michael Porter Jr. would be the prize of just about any Lillard deal, but Jamal Murray would have to make the money work. The Nuggets have all their first-round picks over the next five years to trade, but those picks are not going to be in the lottery, nor is the 2023 OKC pick they own, which is top-14 protected. You could argue Murray and Porter add up to more than Lillard on his own (I wouldn’t argue that, but you could try) if the Blazers wanted to keep trying to win, but then, why would Denver do that deal?

The Pelicans are also interesting. They have a boatload of picks, including No. 10 in this year’s draft, and Steven Adams‘ expiring contract could make a deal work. Lonzo Ball is a sign-and-trade candidate. If the Blazers would accept a deal that didn’t include Brandon Ingram, a trio of Lillard, Ingram and Zion Williamson is intriguing, but more intriguing than Curry, Lillard, Thompson and Draymond Green? No chance.

Of course, the Blazers don’t have to send Lillard where he wants to go. They shouldn’t, in fact. As I said, sentimentality has no place in today’s NBA. They’ve paid him a lot of money and they’ve fielded good teams for the duration of his career. If Lillard wants to be on a great team, that’s his choice. But he’s under contract in Portland through 2025. He signed it. If he wants out, he might not be able to set every term.

In the end, if there is a compromise to be had, with Lillard getting what he wants and the Blazers getting what they want, it’s hard to not keep coming back to the Warriors. You’re not going to get two lottery picks in this year’s draft, plus a young asset like Wiseman, anywhere else. Throw in one or two more first-round picks, and that would be an almost impossible haul to beat.

It’s a huge offer, but Lillard is a huge player. And the Warriors might just be operating under just enough of their own urgency to throw everything on the table. Curry, Thompson and Green aren’t getting any younger. If they want to make one more run at this thing, Lillard is worth the stretch. It could be the most logical match if it indeed comes to Portland trading Lillard. Which feels more likely every day. 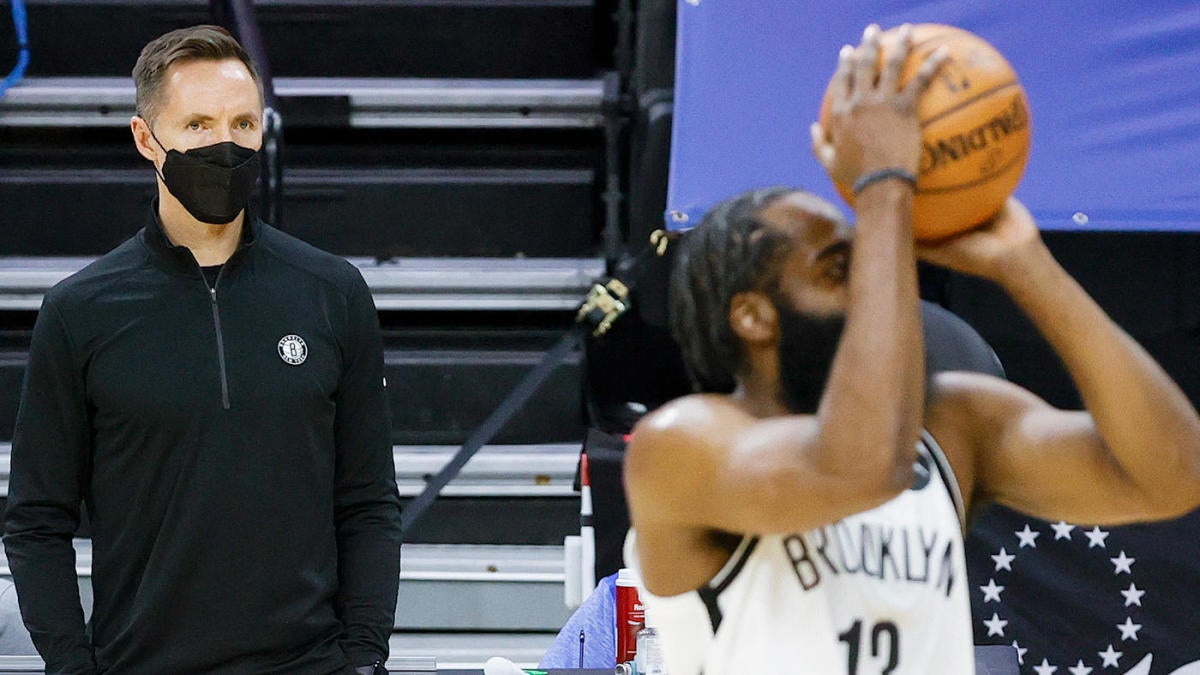 Steve Nash on Nets adding Blake Griffin, LaMarcus Aldridge, James Harden: ‘Not like we did anything illegal’ 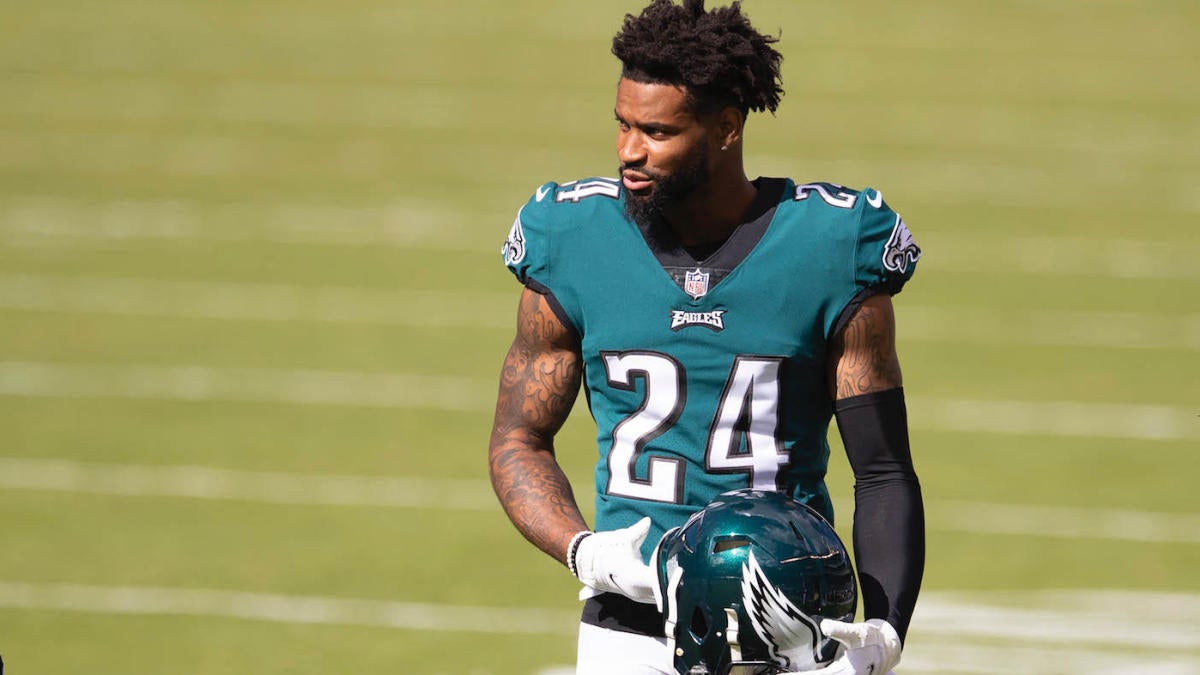 Eagles’ Darius Slay already giving DeVonta Smith tips: ‘I want him to be the best he can possibly be’ 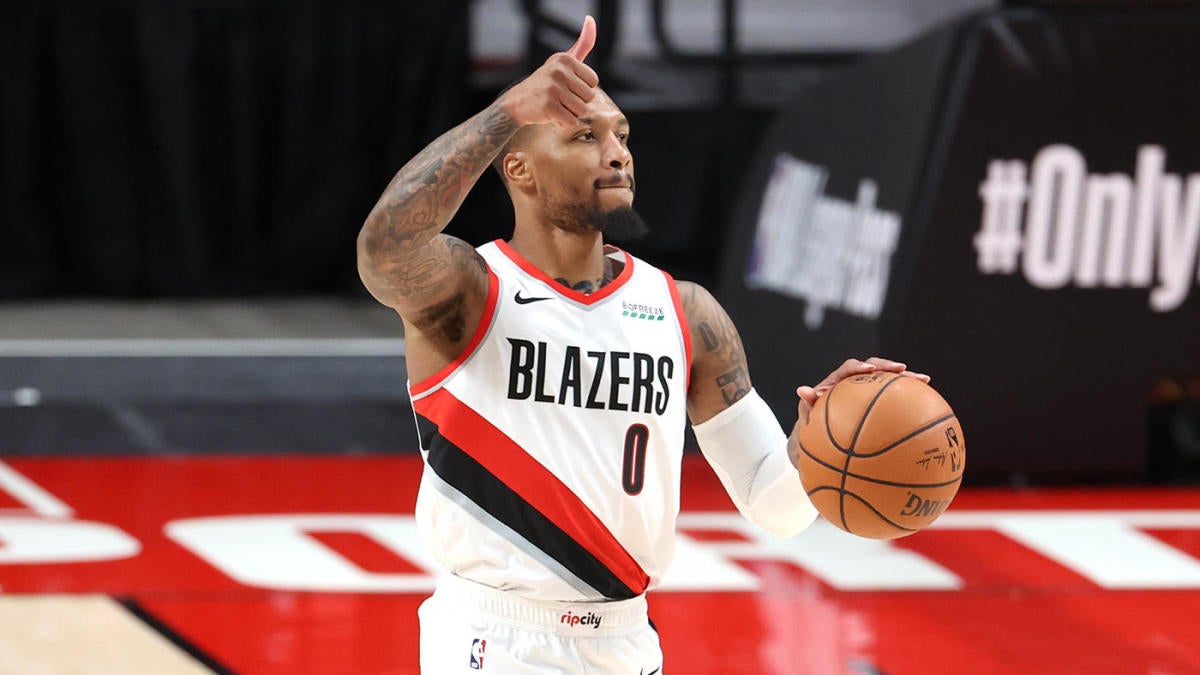 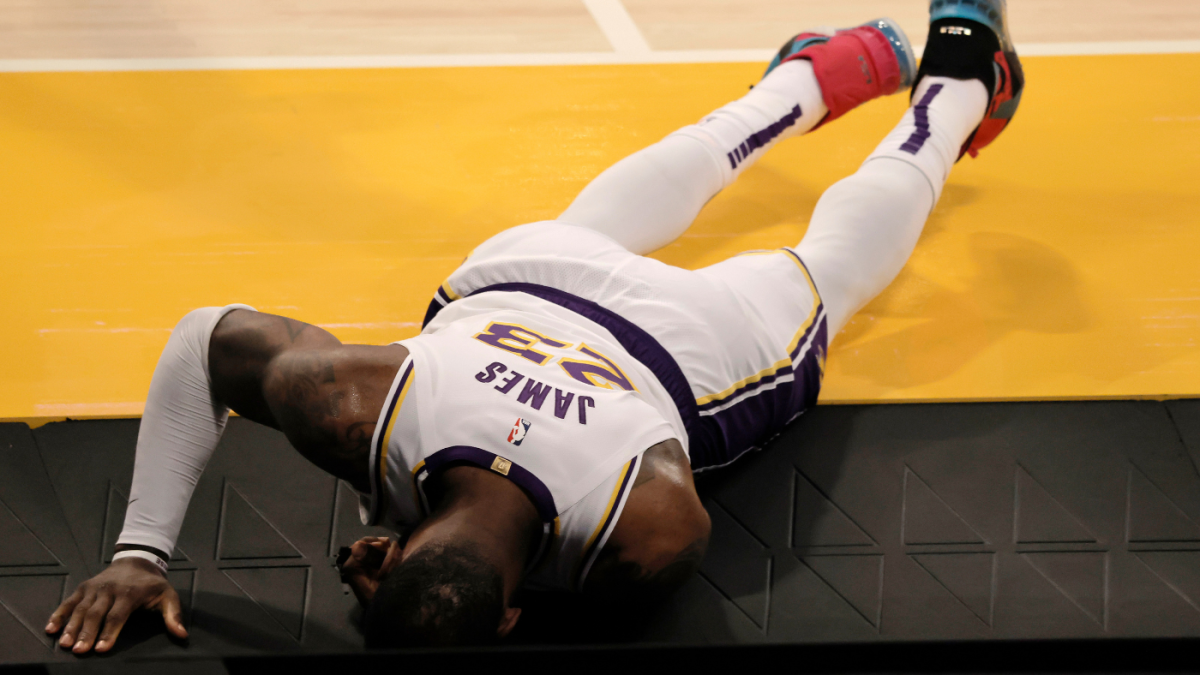 LeBron James injury update: Lakers star to have an MRI on ankle after leaving game against Hawks