The Kansas City Chiefs are coming off of another successful campaign, but are eager to move on from their Super Bowl LV loss at the same time. Patrick Mahomes is entering his fourth season as the full-time starter, and his record has improved each year. He lost just one regular-season game in 2020, so is it possible the Chiefs could go undefeated? According to William Hill Sportsbook, the Chiefs are +4000 to run the table at 17-0, and Mahomes has already made it clear that he has his eyes set on going what would be an NFL record 20-0.

The AFC West should again be an interesting division to follow. Below, we will break down every game on Kansas City’s schedule this upcoming season, and try to predict a final record. In my first glance at the Chiefs’ schedule last month, I came up with a 14-3 record. Let’s see if that changes with this more detailed look. William Hill has Kansas City’s win total at O/U 12.5.

Need a quick betting primer on your favorite NFL team for the 2021 season? Here are links to schedule breakdowns for all 32 clubs.

The Browns will be out to prove not only that they are legitimate contenders in 2021 by taking down the Chiefs, but also to avenge their divisional-round loss in Kansas City in January. Mahomes went down with an injury in that matchup, but Chad Henne’s heroics to keep the chains moving late in the game secured the victory for the Chiefs. I do expect the Browns to be improved in 2021, but will we see that in Week 1? I like the additions Cleveland made on defense, but I want to see how it all fits together. Additionally, the Browns have not been good in season openers. They lost by 32 to the Baltimore Ravens last year and by 30 to the Tennessee Titans in 2019. You have to go back all the way to 2004 for when the Browns won in Week 1, and I’ll lay the points here as well.

Mahomes has never lost to Lamar Jackson, but that has a lot to do with the Chiefs’ defense as well. They forced Jackson to attempt to beat them with his arm, and he has been unable to do so thus far. He passed for just 97 yards on 28 attempts in their last meeting in 2020, as the Ravens lost by 14 points. It’s true that Baltimore did go out and acquire a few intriguing weapons this offseason, but I feel comfortable taking the Chiefs here.

This will be Justin Herbert’s “real” second matchup against the Chiefs, as the Chargers defeated their backups in Week 17 last year. If you recall, Herbert almost scored a victory against the Chiefs in his very first start back in Week 2. He was incredibly poised for his first game, as he completed 22 of 33 passes for 311 yards, one touchdown, one interception and also rushed for a score in the 23-20 overtime loss. This Chargers team could surprise some people in 2021 if it can stay healthy, but I’m not going to label this as a trap game this early in the year.

Philly is once again going to be a fun environment to play in with fans back in the stands, and all eyes will be on Jalen Hurts as he continues his campaign to prove he’s the future under center. The Chiefs are just a better team, however, and they move to 4-0 in this matchup.

The biggest factor in this Week 5 prime-time matchup is where the game is being played. If this contest were to take place in Buffalo, I’d have to think long and hard about a prediction. With it being in Kansas City, however, I’m leaning Chiefs. The Bills had a 9-0 lead over the Chiefs in the second quarter in the AFC Championship Game, but you know Andy Reid and his players were never truly worried about their chances of winning the game. Buffalo’s defense is going to have to find a way to put pressure on Mahomes and limit the scoring, and I just don’t have confidence in that right now.

This could be a closer matchup than many are anticipating. Washington just built on its biggest strength in its defense this offseason, and also acquired a gunslinger in Ryan Fitzpatrick — as inconsistent as he may be. This could be a trap game, but once again, it’s hard to pick against Kansas City just yet.

The second-to-last regular-season loss Mahomes suffered was actually against the Titans in Nashville in November 2019, as Joshua Kalu blocked a last-second, 53-yard field goal to secure a three-point victory for the Titans. The Chiefs don’t lose much, so they remember that game well. Kansas City gets revenge in Nashville this time around, however.

The Chiefs’ second prime-time home game of the season comes in Week 8 against an interesting Giants team. The defense should be improved and the front office also went out and acquired a couple of interesting weapons on offense. Saquon Barkley also returns from injury. Still, to me it all comes down to quarterback Daniel Jones. Is he going to take the leap many are anticipating in Year 3, or will he underwhelm? The NFC East is known for underwhelming so I’ll stick with the Chiefs here again. 8-0.

Before we get into breaking down this matchup, we have to address the Aaron Rodgers situation. My best guess is that he ends up softening his stance and returns to the Packers. In a perfect world, he and general manager Brian Gutekunst let bygones be bygones and they continue to pursue a Lombardi trophy. The Tampa Bay Buccaneers won the Super Bowl last season but this was actually the matchup I was hoping for. Here is where I give the Chiefs their first loss, as rookie Amari Rodgers goes for 100 yards and a score.

If you’re upset about the Chiefs dropping a game to the Packers, I could hand the Chiefs a loss here as well. Derek Carr gave Mahomes the only meaningful loss of the 2020 regular season, and actually outperformed him in the two games they played. Seriously. Mahomes threw for more yards in their two matchups, but Carr had a higher completion rate, two more touchdown passes and a higher passer rating. Mahomes is the better player, but the point is you can’t sleep on this divisional opponent. The other facet of this matchup is that Las Vegas could be one of the toughest places to play in 2021. Either way, I gave the Chiefs a loss last week, I’ll give them a rebound win here.

Mahomes grew up a big Cowboys fan, and this will be the first time he takes on “America’s Team.” The Cowboys always seem to fall short of the preseason hype they receive every year even though they appear to have plenty going for them entering 2021. Give me the Chiefs.

The Broncos do have the potential to play the Chiefs close, and I like what they have done on defense in the offseason — especially in the secondary. Still, the quarterback issue looms large, and who knows what it will look like in Week 13. The Chiefs are also coming off of their bye here, so give me Kansas City.

The Raiders defeated the Chiefs in Kansas City last year, but I highly doubt Mahomes allows that to happen again.

This could be a potential trap game for the Chiefs if the Chargers remain healthy. Since the Chiefs have been rolling as of late, I’ll give them a surprising loss here on the road on a short week. Herbert proved he was talented in his first NFL season, and this could add some juice to a rivalry that has been pretty one-sided since 2014.

The Steelers have all the talent they need to be contenders, but remember how horribly they played toward the end of the season last year? Could Ben Roethlisberger potentially do that again? I have more confidence in the Chiefs than I do the Steelers.

The Bengals are going to be much more fun to watch in 2021, but Joe Burrow and Ja’Marr Chase are going to need some time before they can challenge the Chiefs offensively.

Kansas City loses the regular-season finale, as the Chiefs start their backups with the No. 1 seed in the AFC already locked up. 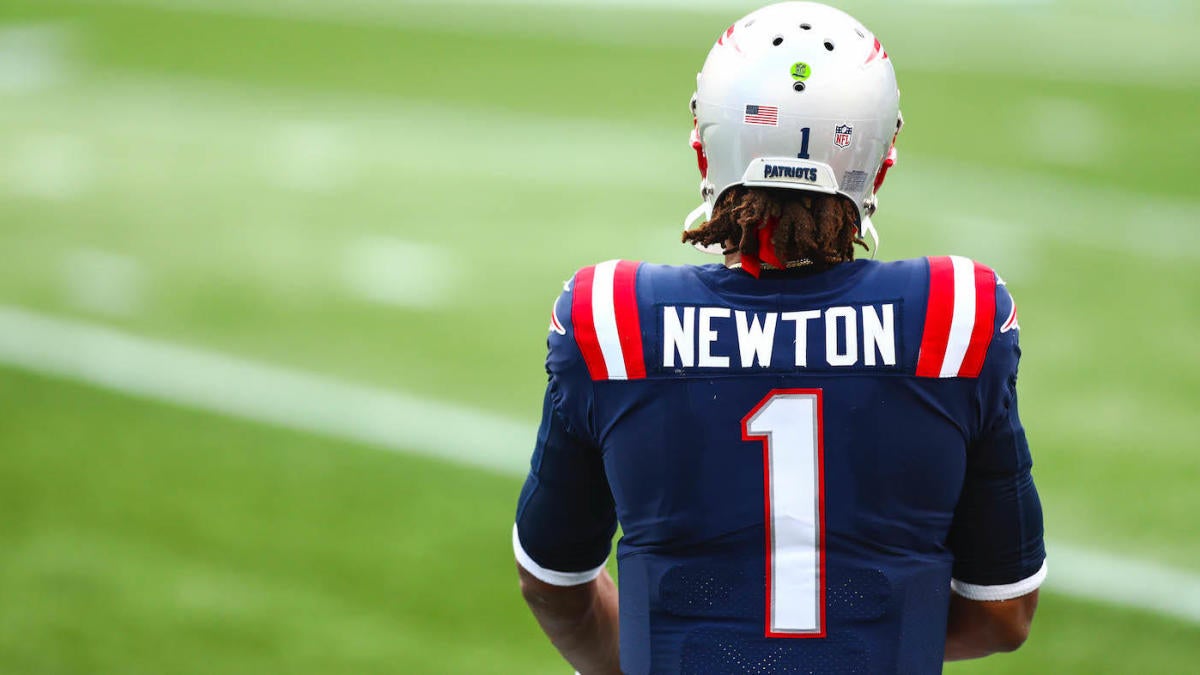 Cam Newton is reportedly returning to the Pats, plus prepare for a wild weekend of college basketball 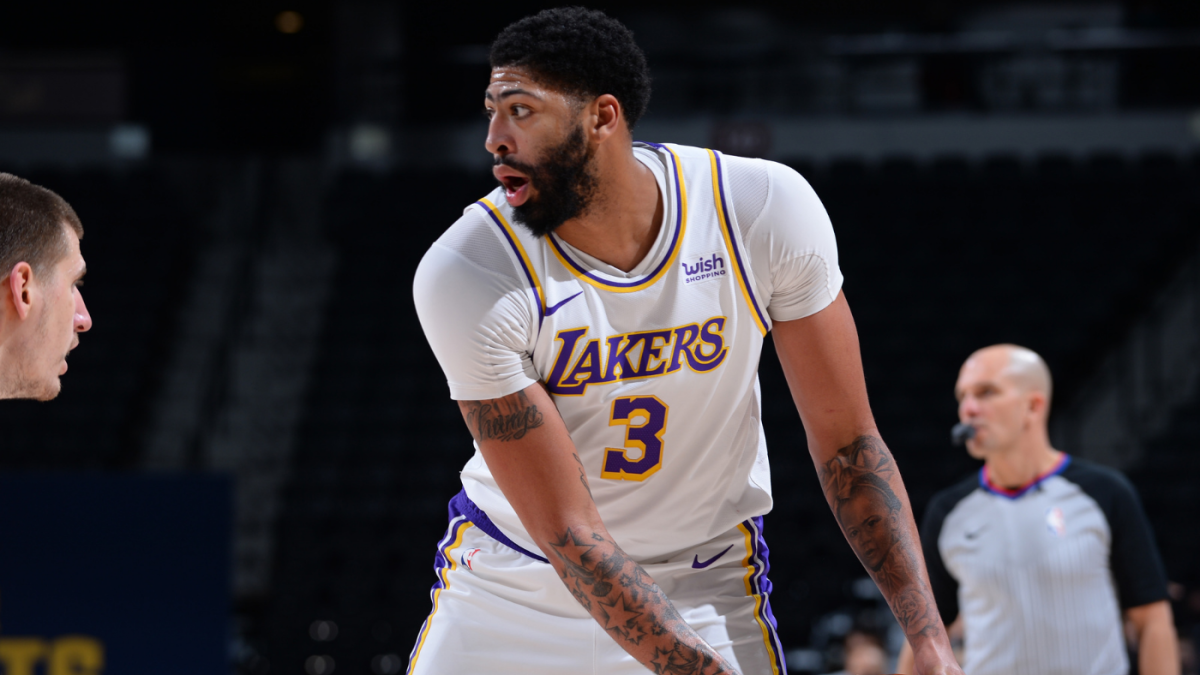 The Lakers could use more size with Anthony Davis out, but don’t expect any moves right away