Age is just a number in the NFL, especially for the players that are 30 and over in the league. When a player turns 30, they are typically headed toward the back end of their career and can wilt away into an afterthought — especially on defense. Below are defensive players who have defied logic and are still among the best in the league at their positions, compiling the CBS Sports All-30-and-Over Defensive Team.

There are a few parameters for this team:

Talk about a player that gets better with age. Graham has become one of the most consistent edge rushers in the NFL, despite never recording a double-digit sack season. He was still very good in 2020, finishing with 46 tackles, eight sacks, 16 quarterback hits, and 57 pressures — 19 of which came on third down. Only three players in the NFL had eight sacks, 13 tackles for loss, and two forced fumbles in 2020: T.J. Watt, Haason Reddick, and Graham — which is pretty elite company.

A reliable edge rusher, Graham has never missed a game in his 30s.

Incredible Donald is 30 years old now — after how dominant he has been through the first seven seasons of his career. All Donald did was lead the NFL with 104 pressures, the only player with more than 85 pressures last season. He finished with 45 tackles, 28 quarterback hits, and 13.5 sacks — which led all defensive tackles. Donald was also tied for first among defensive tackles in tackles for loss (14) and second in quarterback hits.

Donald’s 85.5 career sacks are the most ever through a defensive tackle’s first seven seasons, and the sixth-most in NFL history.

If it wasn’t for Donald, Cox would have been considered the best defensive tackle in football for a few years. The Eagles defensive tackle is still very good. Off his sixth consecutive Pro Bowl selection, Cox finished with just 46 pressures, but was sixth among defensive tackles with 6.5 sacks and his nine quarterback hits were good for sixth at his position.

Cox still commands the double team frequently and continues to be one of the top run-stopping defensive tackles in the game.

Jordan had a down year compared to his past three seasons (40.5 sacks), but he’s still one of the top edge rushers in the game. He finished with just 66 pressures (down from 93 in 2019) and 7.5 sacks (15.5 the year prior), but still managed 51 tackles and 16 quarterback hits. Jordan’s impact allowed Trey Hendrickson to land a huge free agent deal this offseason, and he’s still the anchor of a Saints defense that finished third in the league with 351 pressures last season.

What Wagner has accomplished over the course of his career is Hall of Fame worthy, and the Seahawks star linebacker continues to remain dominant. An All-Pro (his fifth consecutive selection), Wagner finished with 138 tackles, 11 quarterback hits, three sacks, and eight passes defensed. Wagner finished with eight pass breakups (the second-highest total of his career) and opposing quarterbacks targeting him had just a 74.9 passer rating (per Pro Football Focus) — quite impressive for a linebacker.

David has been one of the most underrated players in the NFL for years — somehow not earning a Pro Bowl selection last season. He finished with 117 tackles (12 for loss), three quarterback hits, three forced fumbles, 1.5 sacks, six passes defended, and an interception. Opposing quarterbacks targeting David had a 79.9 passer rating, only averaging 4.78 yards per attempt.

Only David and Ray Lewis have recorded 1,000 tackles, 20 sacks, and 10 interceptions through their first eight seasons in the league. David doesn’t get talked about enough when it comes to the all-time great linebackers. Perhaps a Super Bowl ring changes the conversation.

Living up to his NFL Defensive Player of the Year campaign would have been incredible, but Gilmore still had a great year in 2020 (even if he only played 11 games). Still one of the best cover corners in football, opposing quarterbacks had just a 66.7 passer rating targeting him while completing 56.3% of their passes. Teams were still afraid to test Gilmore, targeting him just 48 times — which explains why he only ended up with three passes defended.

Haden has been a cornerback in the league for 11 seasons, and is still really good despite heading into his mid-30s. Opposing quarterbacks completed just 47.9% of their passes targeting Haden, compiling just a 56.8 passer rating. Haden was targeted just 73 times, yet still was able to come up with 12 passes defended.

Haden is still one of the underrated cover corners in the game. Since he turned 30, opposing quarterbacks have just a 55.5 passer rating targeting Haden — who has seven interceptions.

Not making the Pro Bowl devalued the strong year Smith had, considering he and Justin Simmons were the only players in the league to finish with 80-plus tackles and five-plus interceptions. Opposing quarterbacks targeting Smith compiled just a 39.8 passer rating in 2020, as Smith finished with 10 passes defended on the year.

The Vikings defense was poor in 2020, but that wasn’t Smith’s fault. He’s still one of the top safeties in the game.

One of the smartest defensive backs in the NFL, Jenkins made a tremendous impact in his first season back in New Orleans. Jenkins led the Saints in defensive snaps played (1,036), eclipsing that mark for the sixth time over the last seven seasons. Jenkins finished with 91 tackles, 2.5 sacks, three interceptions and 10 passes defended — the only player in the league to have reached all four of those statistics.

Jenkins allowed four touchdown passes and opposing quarterbacks had a 71.4 passer rating targeting him, but he’s still a complete safety teams can line up in the box or drop back in coverage. He’s one of the most valuable defensive backs in the game.

A safety that can be disguised as a hybrid linebacker, Poyer was the only safety to record 120-plus tackled and two sacks last season. Poyer finished with 124 tackles (91 solo), two sacks, two interceptions, and five passes defended. Opposing quarterbacks had a 76.2 passer rating targeting Poyer, who mostly lined up in the box.

Poyer is one of just three safeties to have 100-plus tackles in each of the last three seasons (Jessie Bates, Budda Baker). He’s a valuable part of Buffalo’s defense. 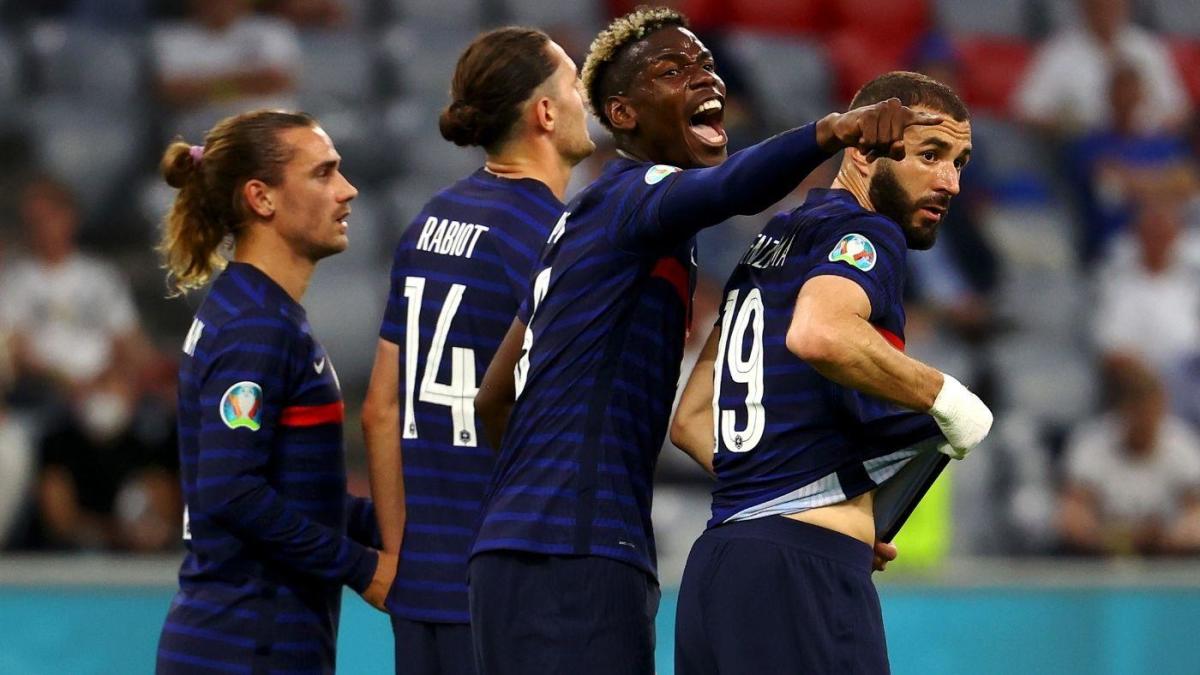 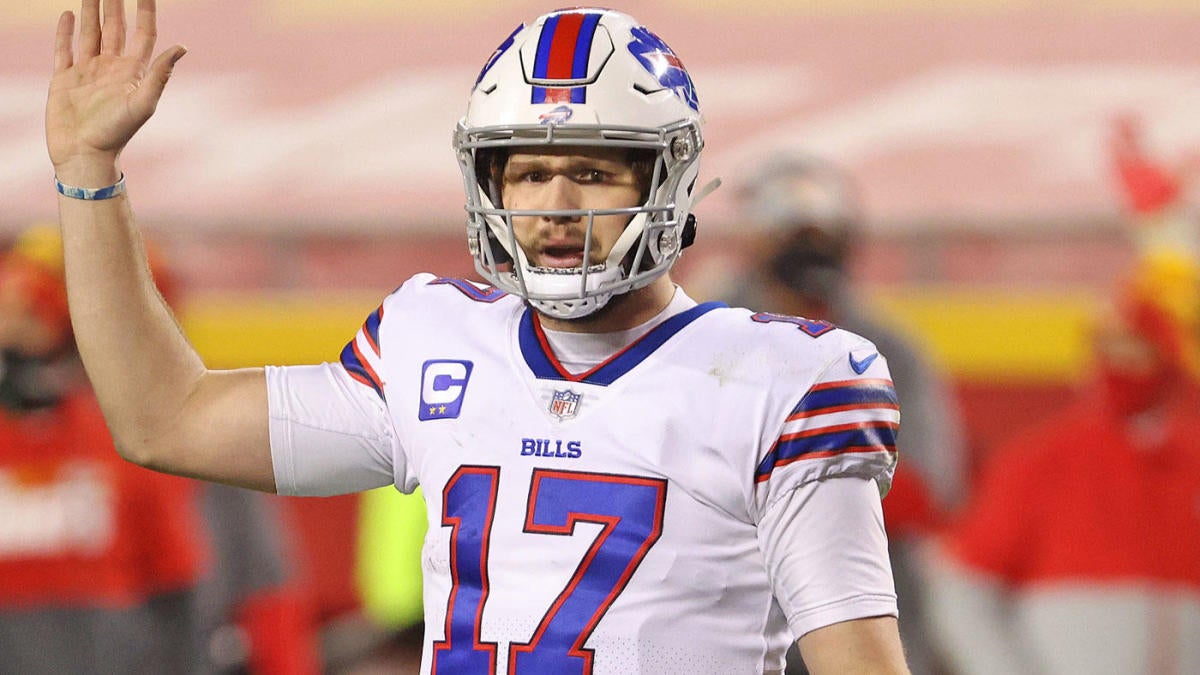 2021 NFL schedule release: Here’s a running list of every leaked game, including Tom Brady vs. the Patriots